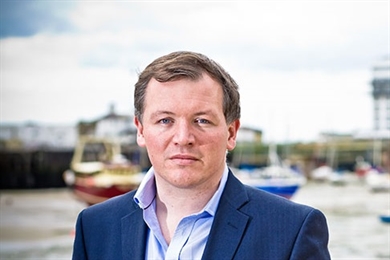 Damian Collins has urged brands to call out social media platforms on the authenticity of the accounts that their content is being advertised against.

Speaking at a Campaign Breakfast Briefing event in London Collins, former Chair of Commons DCMS Select Committee, said that larger advertisers on Facebook have a “big say” on how the platform and its competitors behave when it comes to removing harmful content.

Collins said: “The challenge for brands is to challenge the platforms and say: ‘How can you verify your audience numbers? Facebook, you say about five per cent of your accounts are fake and are being removed and you are constantly working on it – how robust are your numbers? “Because, actually, if they’re not robust, are you misselling the audiences?

“What checks do you have to make sure my content – that is on a platform generated by users – doesn’t end up where I wouldn’t want it to be?’”

He added that since Marc Pritchard, Procter & Gamble’s chief brand officer, highlighted this issue three years ago, there hadn’t been much change on the platforms, Campaign reported.

Collins added: “We’ve grown up in an environment where we created all sorts of rules and regulations for broadcasting, as broadcasters had this power to reach people in their homes with content they weren’t pre-screening – and with that power came great responsibility.

“We created a regulation framework to make people responsible about how they use that power but, actually, for a lot of content, how relevant is that to the digital age?”