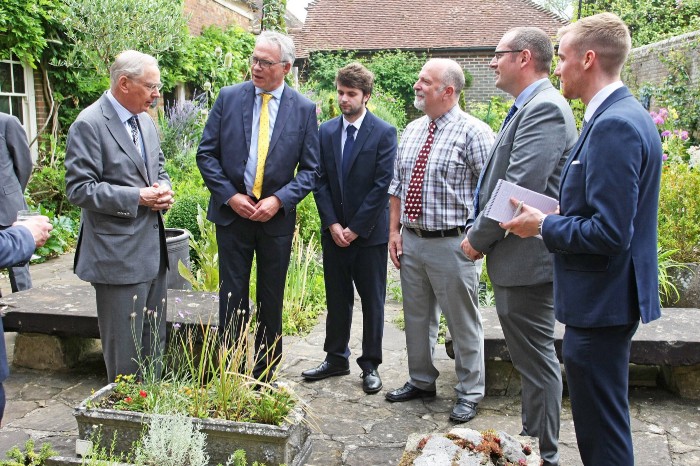 His Royal Highness The Duke of Gloucester said he was ‘delighted to play a tiny part’ in the history of the West Sussex County Times when he visited Horsham for a special event commemorating its 150th anniversary. He toured an exhibition about the title’s history at the town’s museum in the Causeway, opposite the original home of the County Times.

His Royal Highness said it was ‘easy to take everything for granted’ but insisted the paper plays an important role in holding authorities to account.

He added: “I’m delighted to play a tiny part in your history and wish you every luck and that you continue to keep notes of what is going on. Keep the MPs and the local authorities nervous.”

Editor and the editorial director of the West Sussex County Times Gary Shipton presented the Duke with a commemorative front page as well as showing him in real time the story of his visit appearing’s on the brand’s website.

“The Duke showed genuine interest in the role of the newspaper and its digital transformation and had clearly done some considerable research of his own. His knowledge of the County Times and our industry impressed everyone he met. 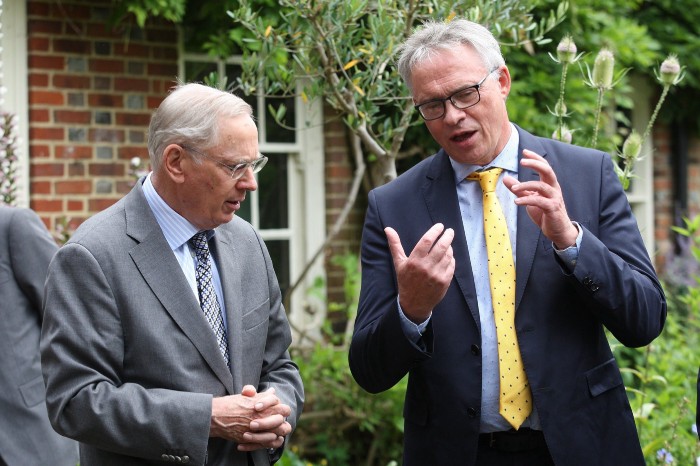 “For much of its history the paper was owned and run by three generations of women who fearlessly ensured that no item of local news failed to find a place in its columns.

“They increased circulation to unprecedented levels. Today, in a digital age, the County Times reaches more people than ever before through its website as well as in printed form.”

Mr Shipton was accompanied by the paper’s former deputy editor Tim Hopewell-Ash and digital editor Steve Payne who both retired this spring after a combined journalistic service of nearly 90 years.

MP for Horsham Jeremy Quin also attended the ceremony and paid tribute to this newspaper’s ‘fearless reporting’. He added: “150 years is a tremendous anniversary and it was great to mark it in Horsham Museum of which we’re very proud.

“I wish the County Times well in its next 150 years of fearless reporting.”

“He’s very interested in museums and who could resist ours.” Mr Hopewell-Ash said: “It was a privilege and a pleasure to meet the Duke of Gloucester who took a keen interest in the history of the paper and its service to the Horsham district community.”