Faure Walker: Government must Get out of the slow lane on local journalism support 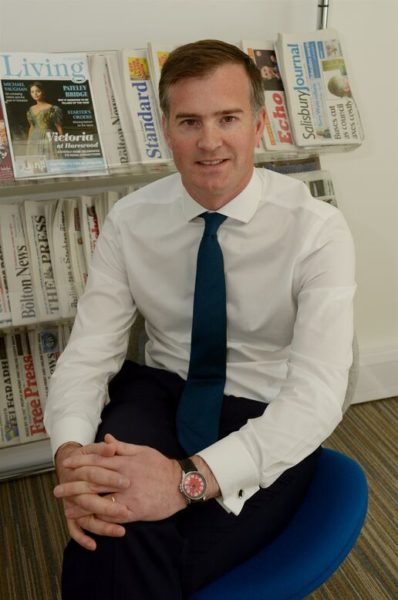 Government must “get out of the slow lane” with its support for local journalism otherwise more local papers will be lost at a time when we need them most, Newsquest chief executive Henry Faure Walker has said.

Speaking at a Westminster Media Forum conference on the future of news following the Cairncross review, News Media Association vice chairman Faure Walker said: “It’s great that the Government has recognised something needs to be done, but they commissioned the Cairncross report over 18 months ago, and frankly local journalism needs proper help now.

He added:“I don’t believe in the need for long term support nor am I suggesting they support publishing companies. I am saying they should support local journalism and local public interest reporters for the next three to five years, and that they must work with the industry (not against it) in delivering this.

“Local journalism is a huge public good, and DCMS and Government need to get out of the slow lane and be bold – otherwise our local communities, the fabric of our society, will deteriorate just at a time when we as a nation need them most.”

Faure Walker added: “In the UK a one-off grant of £2m into a Future News Fund – for a country that is the founding father of the free press – dare I say it – looks a little light by comparison. It certainly looks light compared to the £1 billion tax credits that go to other creative industries – why does a local museum get support but not local journalism?

“Of course, we should be supporting new innovations; but in the medium term these will not come close to replacing the editorially independent and vast amount of impactful journalism still produced by publishers across the UK.

“It’s important that any new initiatives work with and leverage the existing publishing infrastructure; the audiences, the expertise, the training, the legal support, the apprenticeship schemes that already exist and are embedded in news rooms across the country.”

In the first session chaired by Lord Black of Brentwood, the conference also heard from Dame Frances Cairncross who gave a presentation outlining the key findings and recommendations of her report.

Asked by Lord Black how she saw the work progressing after the election, Dame Frances acknowledged that the Government had been slow to act on the report but she was hopeful the next Government would move things forward.

She said the issue of the tech giants’ relationship with the news media industry would depend upon the next administration in the United States and their appetite to “deal with them.”

Speaking about the tech giants, Faure Walker said that much of the advertising revenue that historically funded local journalism is now “in the pockets” of the dominant tech platforms.

He continued: “Google not only owns the world’s largest ad platforms (Google Search, You Tube, Google Display) but they also control the market place where advertising is bought and sold – the supply side, the buyer side and the auction side. “And of course, they have huge advantages in mobile and data through Android, the largest mobile operating system in the world. Oh, and they also own Google maps. And now they’ll even know your heart rate through their acquisition of FitBit. Incredible really. Enough to give you (and hopefully the competition authorities) high blood pressure.”

The conference heard from a series of speakers including ISBA director general Phil Smith who spoke about the digital advertising supply chain and the work the body was doing for the Competition and Markets Authority’s market study.