The News Media Association has today called for a “robust and comprehensive” exemption for news media publishers and their content from the new regulatory framework for the tech giants, designed to crackdown on online harms.

The NMA warned that the proposals pose “profound dangers to press freedom” because, as currently drafted, national and local news publishers would fall within the scope of the new regime, despite assurances from Government that publishers will not be targeted.

Launching the White Paper, Culture Secretary Jeremy Wright (below), said the Government was interested in, “user-generated content where there is no other control of that behaviour. The activities of newspapers and broadcasters are already regulated.” In a subsequent letter to the Society of Editors, he added: “Journalistic or editorial content will not be affected by the regulatory framework.” 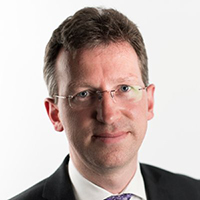 In its submission to the Online Harms White Paper consultation, the NMA said that a complete exemption would need to be written into the legislation in order to fulfil the government’s assurances. Otherwise publishers would be placed in “double jeopardy of censorship and sanction” as both user generated content on their own websites and journalistic content distributed via the social networks would be directly impacted.

User generated content on publishers’ websites would trigger the application of a new statutory duty of care bringing news media publishers under direct control of a powerful new regulator armed with powers of surveillance, oversight, investigation, enforcement and sanction.

This ignores the fact that, as well as being subject to the law of the land, publishers already have well-established systems in place for the governance of user generated content, backed by IPSO, and take swift action to address any problems, the NMA said.

The proposed regime would also bite on publishers’ content distributed via the social networks – an important platform for publishers to reach new and younger audiences who want to consume their content.

Algorithms deployed by the tech giants to flag “online harms” under the new regime would inevitably fail to distinguish lawful reporting on matters of high public interest – such as terrorism or sexual abuse – from illegal content, leading to a chill in freedom of expression.

The NMA said: “In order to prevent new fetters upon the press and freedom of expression, exemptions are vital. In view of the systems which news publishers already have in place, no public detriment would stem from exemptions.”

“In the absence of exemptions, the White Paper would establish wholly unnecessary, disproportionate, legally uncertain restrictions upon press freedom, which would undermine rather than sustain news publishers’ provision of high quality, trusted journalism to the ever-growing audience which demands it.”

The NMA is also gravely concerned about other proposals in the White Paper which would impact negatively upon freedom of expression.

The consultation outlines a raft of new legal restrictions, such as new surveillance powers “to support law enforcement” which could be used to bypass well-established freedom of expression protections and threaten journalistic sources.

Additionally, the invention of new harms such as “online disinformation” and “online abuse of public abuse” would be subverted and abused to quash legitimate reporting in the public interest, the NMA warned.

The NMA said it would welcome discussion with the Government on the “vital, comprehensive” exemption for news publishers and their content from the proposed.