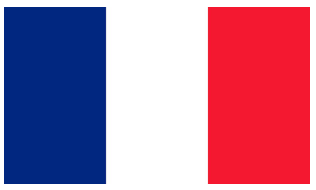 French MPs have voted to grant a tax credit to anyone taking out a new subscription to a current affairs newspaper or magazine after the Government argued that the sector was “suffering enormously” from the coronavirus crisis.

Deputies voted to allow a one-off deduction of up to €50 (£45) to households subscribing for the first time, and for at least 12 months, to a newspaper, magazine or online news service “providing news of a general or political character,” the Guardian reported.

Several countries are looking at ways to support their ailing news sectors, particularly local press. Canada is considering raising the tax credit on digital news subscriptions from 15% to 50% in an effort to encourage more people to support media outlets.

France’s state secretary for economic affairs, Agnès Pannier-Runacher, said the measure reflected “an undertaking by the president to support the press, which is suffering enormously and not necessarily benefiting from all sorts of aid” available to other sectors of the economy.

MPs voted in favour of an amendment to extend the tax break to subscriptions to quarterly general interest magazines, but rejected proposals to allow specialist magazines to benefit from the scheme and to extend it to renewals of existing subscriptions rather than new ones.